Asylum Seekers in the Republic of Serbia 2015 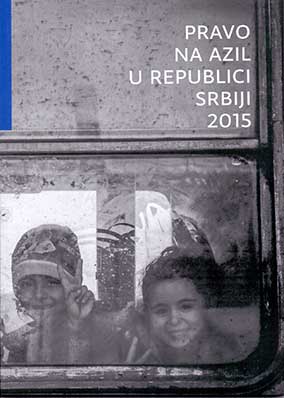 As one of the countries along the West-Balkan route, Serbia faced an unprecedented influx of persons seeking international protection throughout 2015. Although Serbia did manage, through great efforts, to provide humanitarian aid to these individuals, long term solutions for the reception of refugees are lackingAlthough most refugees are only passing through Serbia in the aim of seeking refuge in EU member states, 30 asylum applications were adopted in 2015, which is a substantial increase in comparison to previous years.
Significant improvement was noted in first-instance proceedings as well as in the practice of the Administrative Court. In light of the implementation of the agreement between the EU and Turkey, and the introduction of restrictive policies in some Member States, it is expected that more individuals will want to seek permanent residence in Serbia, which means that our country needs to create an integration system and adjust its Asylum law as quickly as possible.

The Belgrade Centre for Human Rights will present data it acquired while providing legal aid to asylum seekers.

Anne-Birgitte Krum Hansen, Head of the Department for Legal Protection of Refugees, UNHCR in Serbia,

Nikola Kovačević, Legal Officer of the Belgrade Centre for Human Rights and

– international and regional circumstances which lead to ever increasing forced migrations,

– Serbia’s response to the refugee crisis throughout 2015,

– the need for an integration program and the position of persons granted asylum.