A lecture was held at the Refugee Law Clinic for student 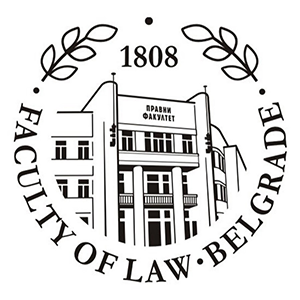 16.12.2020. Bojan Stojanović, legal advisor at the Belgrade Centre for Human Rights, held an online lecture on December 11, 2020 on the topic: the right to asylum – legal framework, practice and case study within the Refugee Law Clinic for student at the Faculty of Law, University of Belgrade.

The lecture was consisted of three parts – introduction and legal framework, case study and discussion on contemporary issues of refugee law. In the first part of the lecture, Bojan Stojanovic presented international law sources, relevant to refugee law, as well as national refugee laws. Lecturer presented asylum procedure in the Republic of Serbia as well the application of the present laws. In the part of the lecture in which the cases were discussed, Bojan Stojanović analyzed on the case of Cevdet Ayaz, a Turkish citizen who was extradited to that country in 2017, contrary to the order banning extradition issued by the UN Committee against Torture. He also presented seven cases which legal team of the Belgrade Center for Human Rights had led on behalf of the Press Council against Serbian newspapers: „Kurir“, portal „Srbija danas“ and „Blic“.

The discussion that followed on the end, pointed circumstances related to the extradition of Cevdet Ayaz, the situation of violation of international law by certain European countries and the possibility of sanctioning these acts, as well as issues related to the concept of a safe third country, which was the basis for rejection of asylum applications in the Republic of Serbia. The students were also interested about the daily activities that legal the Belgrade Centre for Human Rights legal team has.

On this occasion, the continuation of long-term cooperation with the Refugee Law Clinic for student was confirmed, and the Belgrade Centre for Human Rights donated around thirty publications in Serbian and English related to human rights and refugee law.