Adoption of the Global Compact on Refugees 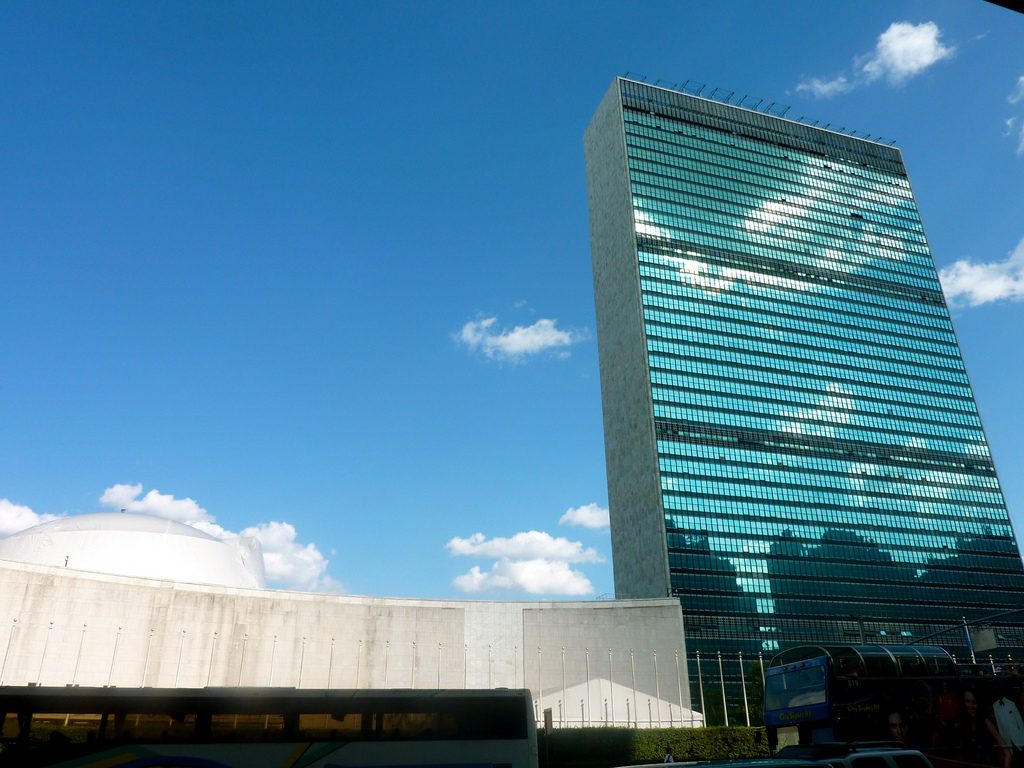 The General Assembly of the United Nations has adopted the Global Compact on Refugees, after 18 months of intensive consultations between member states, experts, civil society and refugees. Adoption of the Compact is foreseen by the New York Declaration of 2016, and its main goal is to improve the management of refugee crises, at the time when the number of displaced persons in the world has reached more than 68.5 million people. The idea behind the adoption of the Global Compact is to integrate refugees into host societies through an inclusive response to refugee crises, to the benefit of both refugees and host societies themselves.

The Global Compact starts from the view that „the difficult situation of refugees is a general concern for humanity“ and that „it seeks to provide a predictable and just division of freedoms and responsibilities.“ Nine out of ten refugees live in developing countries, such as Turkey, where 3.5 million refugees live, and those countries do not have the capacity to provide services from healthcare to education.

The Global Compact on Refugees, although not a legally binding document, is an expression of the political will to activate the principles of burden and responsibility sharing. About 85% of refugees live in developing countries where services are already limited. This situation leaves the refugees at the mercy of the frequent economic oscillations in those countries. The United Nations High Commissioner for Refugees stated on the occasion of the adoption of the Global Compact that the image we have about refugees is related to refugee camps and that the goal is to change that. The Global Compact is a unique opportunity to strengthen the international response to refugee crises, and is based on existing international law, in particular the 1951 Convention, which, although it defines the rights of refugees and obligations of states in this respect, it does not say anything about international co-operation.

The content of the Global Compact on Refugees is based on experiences gathered through the pilot implementation of the Comprehensive Refugee Response Framework as an annex to the New York Declaration and a series of thematic meetings and consultations since 2016.

The four key objectives of the Global Compact on Refugees are to reduce pressure on host countries, build refugee self-reliance, create greater opportunities for resettlement to third countries, and create the conditions in countries of origin to ensure safe and dignified return.

Monitoring of the set goals of the Global Compact will be facilitated through the formation of the Global Refugee Forum, in which the governments will report on progress and declare the measures they plan to take.

The Global Compact consists of two parts, the Comprehensive Refugee Response Framework, for operationalizing application in the field and Action Program that sets out guidelines for the international community in a wider sense. For the first time, alongside governments and international and local NGOs and the private sector, financial institutions will also be involved in responding to refugee crises. A special platform for early support will be established for mobilizing financial, material and technical resources in the event of a new crisis emerging through cooperation with donors and countries. The platform will be activated and deactivated by UNHCR.

Certain results have already been achieved through the pilot implementation of the Comprehensive Refugee Response Framework. Ethiopia pledged to close all 27 refugee camps in the next 10 years and integrate their population into the local society. In Chad, changes have started to be implemented in the work of schools in which only refugees have gone so far, while Djibouti has enabled refugees to open bank accounts for the first time.

The first real assessment of the achievements of the Global Compact on Refugees will be possible next year when the first Global Refuge Forum will be held. After that, the forum will be held every four years with interim every two years.

International NGOs such as the International Rescue Committee and Oxfam issued a statement saying that a global compact is an opportunity for better protection of refugees, but only to the extent that states are willing to fulfil their pledges. Due to political changes after the adoption of the New York Declaration in 2016, the text of the Global Compact is much more conservative than what many expected. The non-binding legal nature of the Global Compact on Refugees represents a risk that many countries will avoid their obligations, knowing that there is impunity. Academics and professors pointed out a burning problem that the Global Compact ignores the workers’ rights of refugees and that this could potentially lead to refugees being turned into cheap and unprotected labour. The Global Compact also has almost no provisions regarding internally displaced persons (IDPs) and people leaving their countries due to climate change.

At the same time, with some minor support, a separate document dealing with the rights of migrants was adopted. By adopting the Global Compact for Safe, Orderly and Regular Migration alongside the Global Compact on Refugees, it will be easier to distinguish the terms „refugees“ and „migrants“ in the future, but also provide adequate protection for both groups.