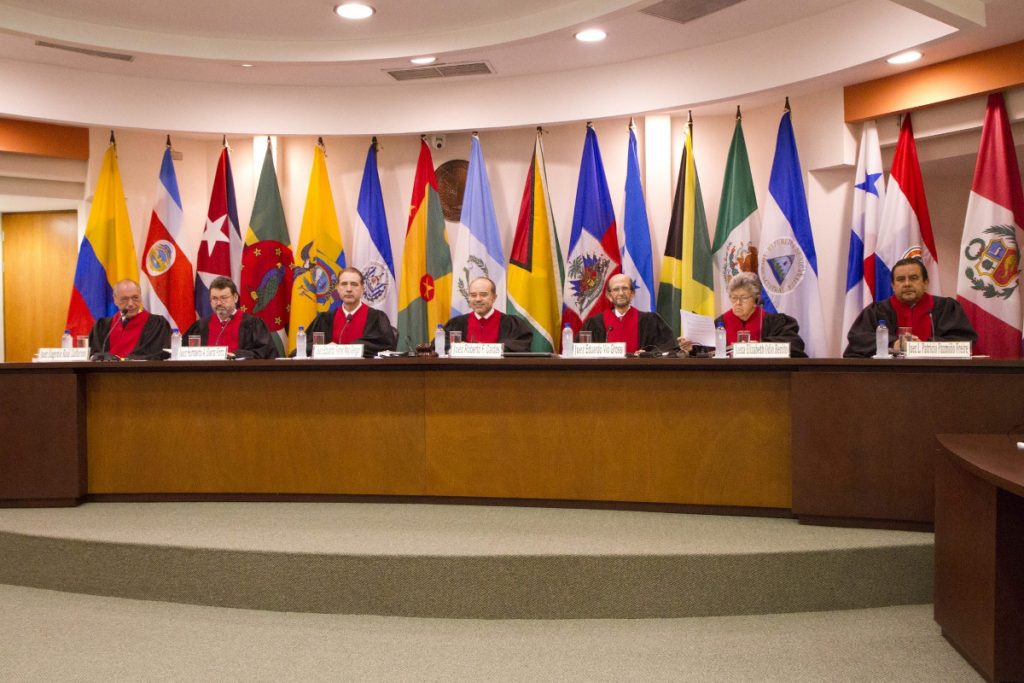 In May 2018, the Inter-American Court of Human Rights gave an advisory opinion on the diplomatic asylum institute, as a human right, in the inter-American human rights system. Advisory opinion was given at the request of Ecuador. The Court interpreted the protection envisaged by Article 7 of the American Convention on Human Rights and Article 27 of the American Declaration of the Rights and Duties of Man, which recognize the right to seek and obtain asylum on the territory of a foreign state. A public debate on the advisory opinion was held on August 24 and 25, 2017, in San Jose, Costa Rica, at the Court’s seat. During the hearing, as many as 26 delegations orally presented their submissions.

The Court took a position on whether the protection of the right to asylum applies to both territorial and diplomatic asylum. In deciding, the Court analyzed the materials preceding the adoption of the American Declaration in relation to the definition of the term „in foreign territory“, where diplomatic asylum is omitted, with the will of the States that have adopted the Declaration.

The Court considered that, in view of the protection contained in Article 22, paras. 7 of the American Convention on Human Rights and Article 27 of the American Declaration of the Rights and Duties of Man may be considered as a human right to seek and receive international protection in foreign territory, including refugee status, according to relevant United Nations instruments or relevant national laws, as well as territorial asylum to various international conventions adopted in the field of asylum. The Court concluded that the scope and breadth of diplomatic asylum should be regulated by appropriate interstate conventions and provisions of domestic law, given that States have the sovereign right to decide whether to grant such asylum.

The Court emphasized that the general obligations established by the American Convention on Human Rights apply to the conduct of diplomatic entities deployed in the territory of third States whenever jurisdiction can be established with a particular person. In this respect, the Court considered that the protection against refoulement was not limited to persons who could be found in the state’s territory, but also obligated the states extraterritorially whenever the authorities exercised power or had control over those persons, which may occur in diplomatic missions, by their nature, in the territory of the receiving State, with the consent and approval of the receiving State. It should be borne in mind that the principle of non refoulement is to prohibit the return of a person to the territory in which her life, integrity, security and / or freedom may be endangered by persecution or threat of persecution, universal violence or massive human rights violations, among others , as well as where it risks being subjected to torture or other cruel, degrading or inhuman treatment, or to a third State from which they could be sent to a territory in which these risks might continue.

The court added that the host countries, under whose jurisdiction the person who requested protection in the diplomatic representation, is obliged to adopt positive measures regarding the individual risk assessment, such as the possibility of personal interviews or preliminary assessments of the risk of refoulement, as well as the obligation to adopt appropriate means of protection, including those against arbitrary detention. Therefore, states must find a peaceful solution and take all necessary means to protect persons in case of real risk to their life, integrity, freedom or security in case of return. Similarly, given that the legal status of a person can not remain unresolved indefinitely, states must adopt measures that speed up the proper safe passage, which is why the Court recalled that the duty of cooperation between states in promoting and respecting human rights constitutes an absolutely valid norm – the norm erga omnes, which, furthermore, means that it obliges all states.

In previous work, in connection with the consideration of this issue before the Inter-American Court, 55 written observations have been received, received by states, state bodies, as well as from international and domestic organizations, scientific institutes, non-governmental organizations, and from individuals.