BRMC: Migration and migrants today in Serbia and in the region 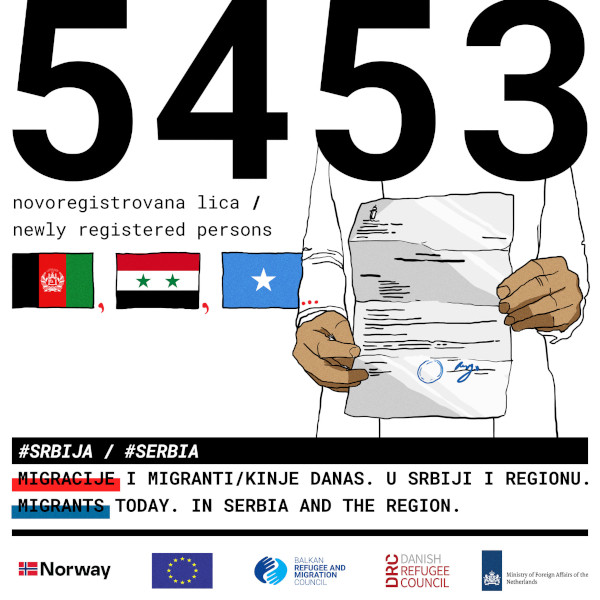 During the first two months of 2021, the Serbian Commissariat for Refugees and Migration (SCRM) noted 5,453 newly registered persons. The top three nationalities of new arrivals were Afghanistan, Syria, and Somalia, while most of them transited through North Macedonia.

5,956 pushbacks were recorded (53% from Hungary, 44% from Romania, 3% from Croatia and only a handful from Bosnia and Herzegovina).

In mid-March, 6,129 migrants were recorded present in the Republic of Serbia, of which 1,314 resided outside the centres. New arrivals recorded in the period of 1-14 March were 1,508 per SCRM. The number of pushbacks to Serbia was 820.

Decision on the formation of the Working Group for solving the problem of mixed migration flows was issued on 5 March 2021.