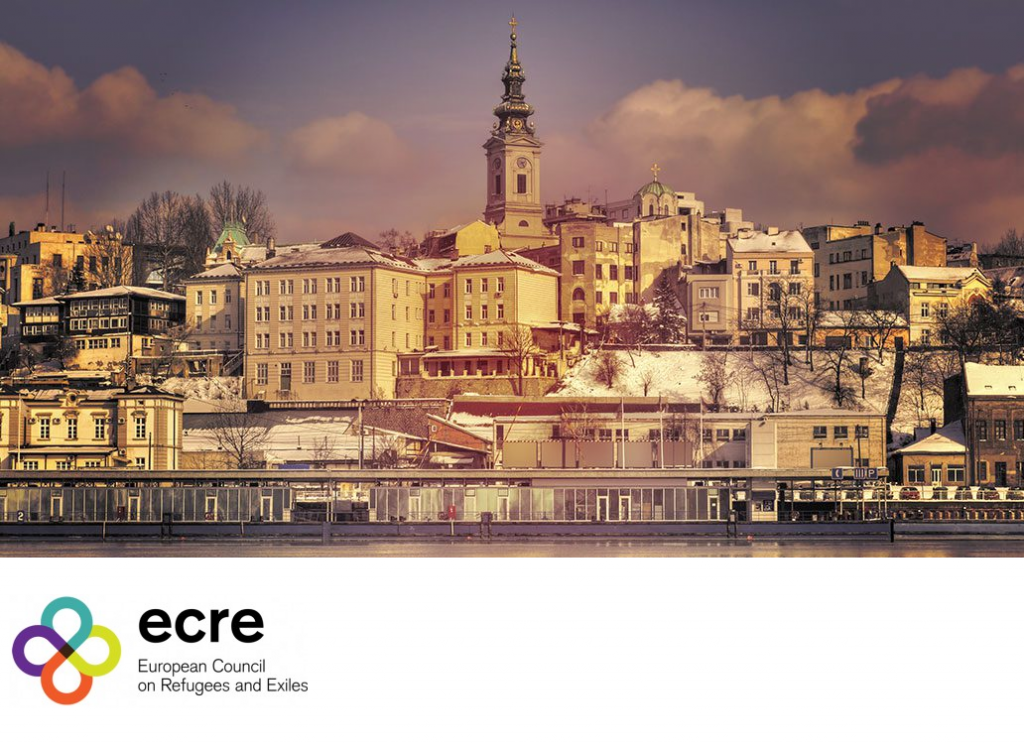 The European Council on Refugees and Exiles (ECRE) held its annual general conference in Belgrade November 6-9, 2018, alongside the Europe NGO Consultation of UNHCR. ECRE network currently numbers 101 members from all over Europe and the Conference was attended by over 200 participants.

During the conference participants had a chance to analyse the current state of asylum in Europe, to review the implementation and the role of Europe regarding the upcoming Global Compact on Refugees and to discuss how to protect the rule of law amidst the far right, populism and migration.

Following the conference, ECRE issued an official statement, calling on the European Union to defend European values. This includes the rule of law, both within the EU and as part of the EU Accession process. The support for democratic reform and protection of human rights in Serbia and the Western Balkans will only happen if the EU itself changes direction.

“There are four main strategies at play at EU and Member State level in dealing with asylum seekers” says Morten Kjaerum, Chair of the ECRE board. “First, keep people out through walls, push-backs and the ending of Search and Rescue at borders. Second, push them sideways by offering comparatively worse conditions in terms of support, access to labour market, family reunification and permanent residency or citizenship –sometimes referred to as the ‘race to the bottom.’ Third, send them back, including through forced return. This despite the fact that asylum seekers face a ‘lottery’ where they might be relatively sure of receiving protection in one place and have no chance in another potentially leaving rejected people in danger. Finally, prevent them from beginning their journey in the first place or contain them en route through dubious agreements with third countries.”

Given its geographical location Serbia is no stranger to European attempts to avoid responsibility for people in need of protection. Sharing a border with EU member states Croatia and Hungary where systematic push backs, detention and police brutality are standard procedure, offers a first-hand impression of it. So does the idea of non-EU countries in the region as a potential location for detention centres and EU efforts to contain in Serbia asylum seekers that are prevented from entering the EU.

“The fencing off of borders along the Balkan route has not prevented the arrivals of migrants but rather forced them to seek alternative ports. The majority of the countries in the Balkan region are still in the process of creating fair and efficient asylum procedures and migration policies,” says Sonja Tošković, Southeast region representative for the ECRE board and the director of the Belgrade Centre for Human Rights.

The situation is neither random nor irreversible – it is based on political decisions and the narratives that inform them. Despite a modest voter base in most European countries, the far-right political parties have managed to move from the political periphery to the centre of attention. From that position they are influencing and framing the debate at EU and Member State level. But as public opinion studies consistently and across the large majority of member states reveal there is no evidence of increasing hostility of European populations to refugees or migrants.

“The ECRE network represents a diverse section of civil society from 41 European countries, both in and beyond the EU, united behind the vision of protecting the rights of displaced people whether in zones of conflict, places of transit or arriving in Europe. We bring in more and more refugee-led organisations- powerful advocates who are ever more active. We recognise that the human rights of all are at stake and have chosen to act on that knowledge by doing everything in our power to mobilise voters for the upcoming European elections,” says Morten Kjaerum, Chair of the ECRE board.