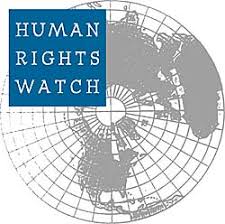 According the situation in Serbia, the following topics were identified as critical on behalf of the HRW: freedom of the press, war crimes trial, as well as the rights of certain categories of people: persons with disabilities, women, LGBTI persons and migrants, asylum seekers, refugees and long-term displaced persons.

In line with the situation related to migrants, asylum seekers, refugees and long-term displaced persons, the main findings of HRW refer to data on the number of these people in Serbia, where a significant decline in the number of asylum seekers in Serbia compared to 2019, and that the citizens of Afghanistan make up the largest group of foreigners in 2020 within the refugee-migrant population. HRW further states in the report that the asylum system in Serbia is still inefficient, and that asylum seekers have difficulty accessing the asylum procedure, as well as that the percentage of granted protections is significantly lower compared to the percentage at the European Union level. The asylum application is still quite long. It was stated that there was overcrowding in six camps, and having in mind that it represents more than a third of the camps for accommodation of asylum seekers and migrants in Serbia, it is an alarming fact.

Regarding unaccompanied and separated children, HRW stated that there is still no effective age assessment system in Serbia, putting older children at risk of being treated as adults and being denied special protection enjoyed by children.

HRW noted a little progress in terms of lasting solutions for refugees and internally displaced persons from the wars in the former Yugoslavia residing in Serbia, and that their number had changed compared to the 2019 number.