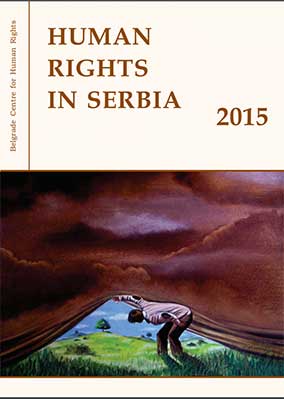 The BCHR has applied the same methodology in the preparation of all its Annual Reports since 1998, adjusting it where necessary. The methodology is based on the analysis of all available sources shedding light on the state of human rights in Serbia. In its Annual Reports, the BCHR has first and foremost been analysing in detail the valid and draft national law and its compliance with international instruments ratified by Serbia. Its analyses of the draft regulations are aimed at alerting experts to any shortcomings or inconsistencies in them with a view to improving them before they are enacted by the National Assembly. In addition to systematically and continuously monitoring legislative activities and the conformity of national legislation with international standards, BCHR’s associates have also been regularly monitoring news and information relating to human rights and reports by national and international human rights NGOs. Since we believe that the independent regulatory authorities – the Protector of Citizens, the Commissioner for Access to Information of Public Importance and Personal Data Protection, the Commissioner for the Protection of Equality and the Anti-Corruption Agency – have been pursuing the mission they were established to fulfil – to improve the state of human rights in Serbia, we have also been regularly monitoring their reports, press releases and recommendations and analysing their impact on the practices of the public authorities. With a view to comprehensively reviewing the human rights situation in Serbia, we have been perusing all available sources indicating the degree in which human rights are respected in practice. A large part of our research was based on information forwarded by public authorities in response to our requests for access to information of public importance and on our analysis of the practices of administrative authorities and courts. The reports and press releases of Serbian and international NGOs also proved to be valuable sources of information in our research. The laws, which are still in force but were adopted before 2015, were analysed in the prior BCHR Annual Reports and are referenced for further perusal.