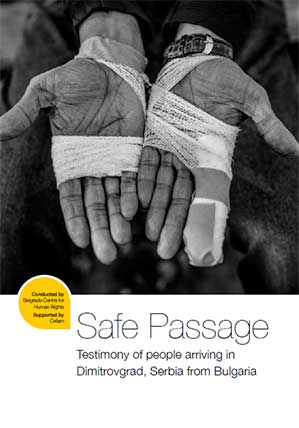 Testimony of people arriving in Dimitrovgrad, Serbia from Bulgaria Whilst authorities along what is now commonly known as the Western Balkans route have attempted to facilitate the movement of refugees and migrants, for those traveling through Bulgaria the situation appears to be much tougher, with frequent allegations of abuse and ill-treatment by the authorities and exploitation by smugglers. On 15 October an Afghan refugee was shot dead near the Turkey-Bulgaria border. People entering Serbia from Bulgaria mostly come from Afghanistan, but some also come from Syria and Iraq. This route is considered cheaper or safer than going via boat to Greece. Despite the concerning accounts of abuse, not enough attention has been devoted to this issue.